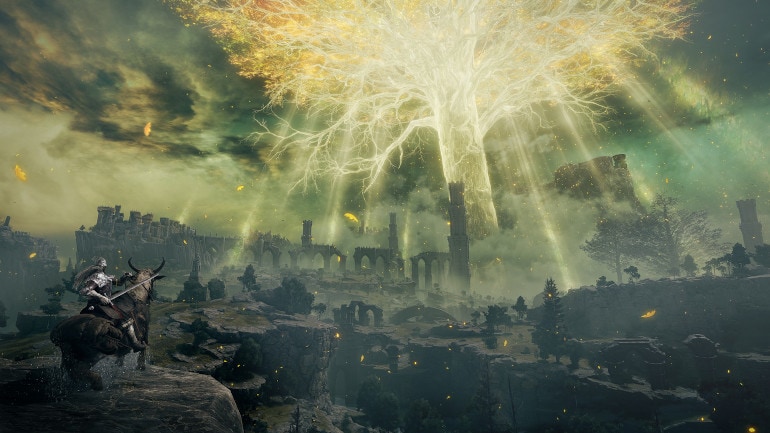 The Elden Ring is destroyed. Its fragments, scattered all over the world, arouse in the gods a desire to possess them. The incredible power of the artefacts transforms the gods into raging creatures taken over by madness. Return from exile and rise as one of those worthy of collecting the Elden Ring pieces.

Create a character and take care of every element of appearance, equipment, and personality. Rise as a fearless warrior or a clever treasure hunter. The Elden Ring game allows players to fully customize the heroes, which makes the gameplay even more unique.

Explore the stunning open world on the foot or back of a trusted horse. Discover the six kingdoms of the Lands Between to learn scraps of the history of this mystical place. As with other souls like titles, nothing is clear in this video game. It’s up to you to gather information and understand it. 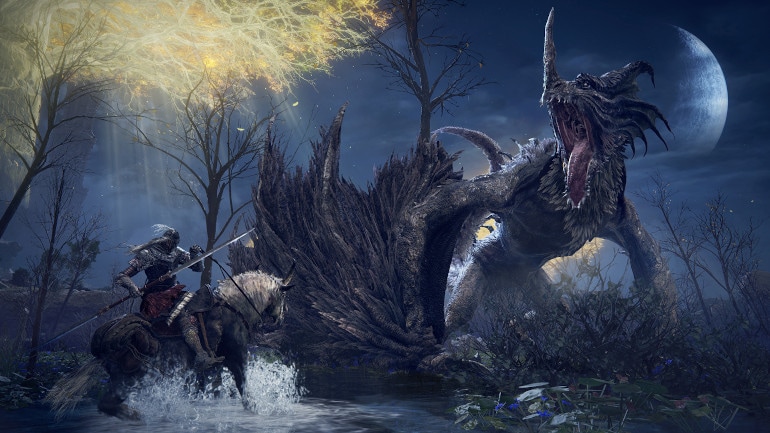 Face bloodthirsty enemies and powerful bosses. Use weapons and spells, but don’t underestimate your opponents. Each of them is an independent creature, equipped with its fighting style and unique skills. To defeat the enemy, you need to be quick, clever, and capable of anything. Prepare your attacks, and you may be able to get out of this fight alive.

The Elden Ring video game, like Dark Souls, offers the possibility of playing single-player gameplay or online in cooperation with up to four players. You don’t have to defeat the most powerful bosses alone – summon other players and fight for life together! You can also explore the following chapters in the story as you join forces in the future online co-op battles of your unique legend. Will you become the one to discover the power of the Elden Ring?

Collect fragments of the Elden Ring story to discover your destiny

Enjoy an out of this world audio-visual setting

Play solo or in co-op for up to four players