World of Warcraft: Shadowlands is a massively multiplayer online role-playing game. It is scheduled for a 2020. Shadowlands is the eighth expansion pack to the core WoW game, and it introduces an entirely new location – the titular Shadowlands, land of the dead. WoW:S makes some significant changes to the overall mechanics and adds several new features. The level cap has been decreased to 60, Covenants have been introduced, s well as the Infinite Dungeon of the Tower of Torghast. The story of Shadowlands follows Sylvanas Windrunner, exiled Warchief of the Horde, as she breaks open the gate to the Shadowlands, the afterlife of Azeroth. The expansion received positive initial reception, with critics praising the graphics and changes introduced to the mechanics of the game.

WoW Shadowlands retains much of the gameplay mechanics the fans grew to love over the years. The game is still an action-packed MMORPG, with a plethora of classes and customization options to choose from. The game begins when the player creates their character, choosing their race and class. Shadowlands adds more customization to the creative process, allowing the player to change the skin color of human character, give tattoos to dwarves and trolls, and more. 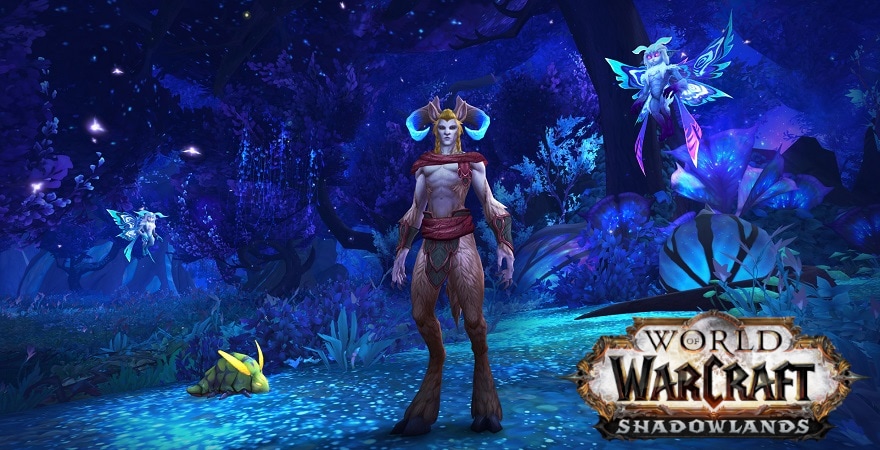 Other new features include a revamped leveling model, with level cap being set at 60. The game provides the player with a choice to learn the ropes on an island of “Exile’s Reach”, or to move straight to the main content. This solution works great for both beginners in the WoW world and experienced players. Another new feature are the Covenants – a kind of factions operating in the Shadowlands. The player can choose to join one of them, which provides them with Covenant-specific gear and items.

Shadowlands – the realm of nightmares

The new region introduced in the expansion, the Shadowlands are the realm of nightmares and the afterlife for those who had perished in Azeroth. It is comprised of five zones, four of which are inhabited by covenants – the factions of Shadowlands. Bastion, the home of Kyrian, is the citadel of those who had lived a life of duty and are now tasked with escorting souls to Shadowlands. Ardenweald, a forest of the Night Fae, draws in all those connected to nature. Maldraxxus, is the birthplace of necromancy and the domain of Necrolords. In Revendreth, the dominion of the Venthyr, the souls may seek penance for their sinful lives. The Maw is a dark and terrifying place, even for Shadowlands, where the souls of the wicked are sent for everlasting torment.  All these zones are gathered around Oribos, the Undying City, which serves as the main hub of the game. 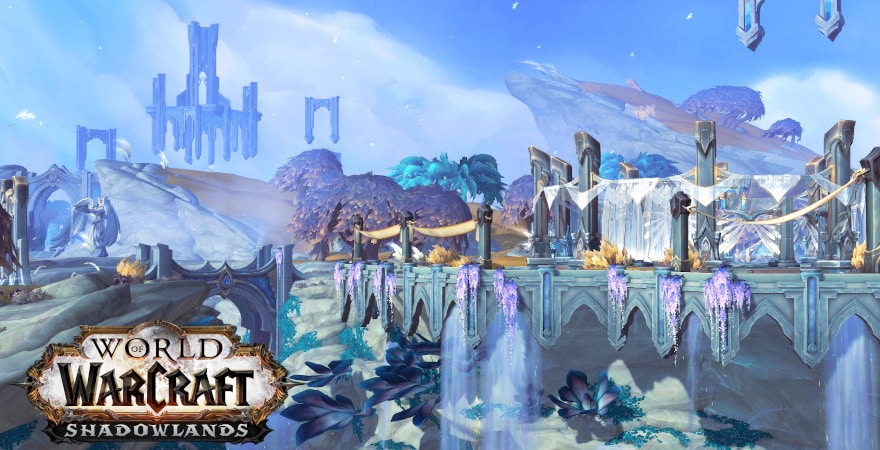 The story of an exile

Sylvanas Windrunner, the former Warchief of the Horde, has fled after the events of Battle for Azeroth. She travels to the Icecrown Citadel and confronts the Lich King, taking his helmet from him in the process. Sylvanas breaks the helmet opening the portal to the Shadowlands – the realm of the departed, where the souls of the noble and vile meet their fate. The land, however, is in disarray and seemingly lost in its purpose. With the powerful Warchief in the Shadowlands, the fate of Azeroth is uncertain again. It falls to the player to venture into the unknown afterlife and confront the evil that lurks in there.

Return to the World of Azeroth for a completely new experience!

Enter the Shadowlands – the land of the undead, and join one of its four covenants: Kyrian, Venthyr, Necrolord, and Night Fae.

Explore the new region and learn all the secrets of the Shadowlands.

Discover the reasons for the strange occurrences in Azeroth’s afterlife.

Play the game with a new level cap!

Learn the ropes in the Exile’s Reach and continue your adventure in any of the WoW expansions.

Take on the challenge of the unlimited dungeon in the Tower of Torghast and prove your greatness.