FIFA 22 is the latest instalment of the FIFA series developed by EA Canada and published by Electronic Arts. The game takes you back to the world of international football, offering improved visuals and gameplay mechanics, bringing the virtual matches even closer to their real-life counterparts. FIFA 22 was met with positive initial reception thanks to its improved motion systems, mang other features.

The Hyper Motion system introduced in FIFA 2022 brings the mobility of virtual players to new levels. After scanning hours upon hours of the players’ behaviour’s and actions on the pitch, the developers at EA Canada produced a whooping 4000 new animations to increase the dynamics of FIFA 22 matches further. Crisp changes of direction, precise passes, masterful ball control – all this and more awaits you in FIFA 22 thanks to the Hyper Motion system. 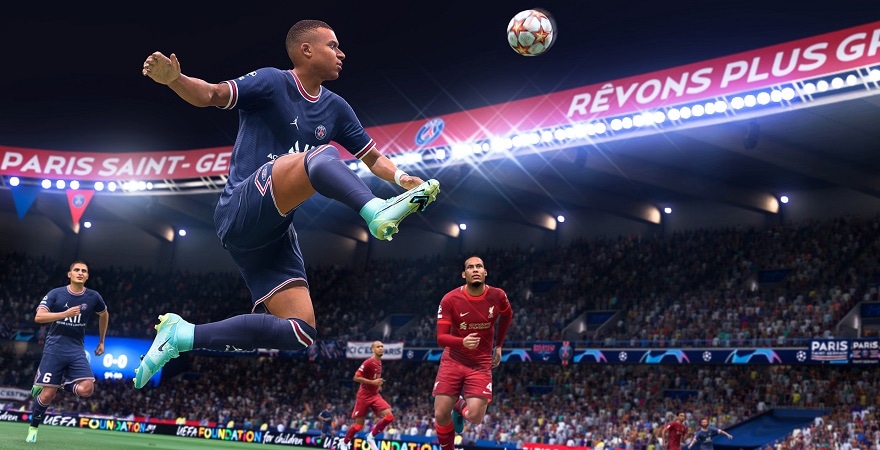 The world of football opens up to you

FIFA 22 includes over 700 club teams representing the most notable leagues of the football world. Over 17 000 players, including the legends like Cristiano Ronaldo, Lionel Messi, Robert Lewandowski, Harry Kane, and others, will be at your disposal to play at the world’s most famous arenas. Various football competitions, including UEFA Champions League and Europa League, are available for you to take your favourite team to the top.

A Star is Born

The Career mode is one of the most popular features of FIFA 22 carried over from the previous instalments. Living the dream of a footballer or team manager is within reach in FIFA 22. Create your own player and see them flourish on the pitch, gaining fame and drawing attention from the world’s most renowned clubs. As the manager, lead your newly formed squad to the top of the home league table and then into the great world of international competitions.

VOLTA around the world

The VOLTA Football mode, based around the FUTSAL games, makes a return in FIFA 22. Create your player and lead them through the hoops of the street football world, winning the fame and attention of the football legends. Strike with your skills in the pitch and impeccable fashion sense, thanks to various items to put on your virtual player. Complete seasonal challenges to unlock new gear and skills to make your player an unstoppable force. Take on the online champions of FIFA 22 Ultimate Team mode. Unlock new players, including returning legends,  and add them to your dream team, design your own kits and decorate stadiums to wow other members of the FUT community. Spec out your team, plan your strategy and take the top of the FIFA Ultimate Team leader boards.

Create your own team and lead them as a manager, or become the pro footballer and rise to fame in the Career mode